Leaders are preparing their enterprises to be Future Ready. Whichever pathways are followed, there is typically a technology hurdle: the systems, data, and processes in the enterprise aren’t fit for becoming Future Ready. Therefore, the enterprise has to replatform, to get from the current “silos and spaghetti” set of systems to a set of Future-Ready platforms. We found four distinct approaches to enterprise replatforming—building an API layer, filling gaps with a partial replacement, migrating to a new Future-Ready platform, or undertaking a core replacement. This briefing will describe and illustrate each approach with an example from financial services, and discuss the financial performance findings.

Leaders are preparing their enterprises to be Future Ready by following different transformation pathways.[foot]P. Weill and S. L. Woerner, “Future Ready? Pick Your Pathway for Digital Business Transformation,” MIT Sloan CISR Research Briefing, Vol. XVII, No. 9, September 2017, https://cisr.mit.edu/publication/2017_0901_DigitalPathways_WeillWoerner.[/foot] Whichever pathways are followed, there is typically a technology hurdle: the systems, data, and processes in the enterprise aren’t fit for becoming Future Ready. Therefore, the enterprise has to replatform, to get from the current “silos and spaghetti” set of systems to a set of Future Ready platforms. We found four distinct approaches to enterprise replatforming, and the most popular choice—building an API layer—is better on most performance measures but also the most expensive.

We explored approaches to replatforming and their prevalence through a survey.[foot]MIT CISR 2019 TMT and Transformation Survey (N=1311).[/foot] Through recent conversations with executives, we first identified four approaches to replatforming the enterprise: API layer, partial replacement, migration, and core replacement. Then we asked 1311 respondents at enterprises globally to identify which was their dominant approach. In what follows, we describe each approach (with the percentage of enterprises prioritizing it) and an example from financial services.

API layer (35 percent). The enterprise freezes or preserves the back-end legacy systems and develops front-end interfaces via APIs for both internal and external use. The APIs effectively enable customers and partners of the enterprise to connect to its business capabilities. DBS, named the “world’s best bank” in 2019 by Euromoney,[foot]“World's best bank 2019: DBS,” Euromoney, July 10, 2019, https://www.euromoney.com/article/b1fmmkjyhws0h9/world39s-best-bank-2019-dbs.[/foot] has reorganized its enterprise into first fourteen and now thirty-three platforms that are connected by an API layer for internal and external use. In 2017 DBS began building open API platforms as a way for developers across DBS and its partners to access each other’s applications seamlessly. In November 2017, DBS rolled out the then-world’s largest API platform hosted by a bank, offering over one hundred fifty APIs across more than twenty service categories such as fund transfers and real-time payments. Most of these APIs facilitated business services, such as credit card management, calculation of loan eligibility, redemption of loyalty points, and calculation of foreign exchange rates. More than fifty enterprises, including household names such as AIG, McDonald’s, and Foodpanda (a food delivery service) use DBS’s API platform.[foot]S. K. Sia, P. Weill, and M. Xu, “DBS: From the ‘World’s Best Bank’ to Building the Future-Ready Enterprise,” MIT Sloan CISR Working Paper No. 436, March 2019, https://cisr.mit.edu/publication/MIT_CISRwp436_DBS-FutureReadyEnterprise_SiaWeillXu.[/foot] The platform positions DBS well for open banking participation and further ecosystem development.

Partial replacement (26 percent). The enterprise identifies gaps in digitally enabled customer experience and operational efficiency, and replaces only the systems necessary to accelerate transformation or repair outdated processes. Over recent years banks have faced increasing regulatory requirements and many found their systems unable to cope. Many banks have adopted a partial replacement strategy, adding and integrating regulatory systems for both oversight and reporting. For example, McKinsey & Company reports, “Adopting next-generation governance, risk, and control solutions is one option. Banks are already applying advanced analytics in areas such as transaction monitoring, trade and communications surveillance, and monitoring and testing.”[foot]Oliver Bevan, Piotr Kaminski, Ida Kristensen, Thomas Poppensieker, and Azra Pravdic, “The compliance function at an inflection point,” McKinsey Insights, January 7, 2019, https://www.mckinsey.com/business-functions/risk/our-insights/the-compliance-function-at-an-inflection-point#.[/foot]

To achieve these goals Ping An has created a vision of an “AI Bank” and is replatforming to get there. The enterprise created two teams—one for the middle and back-end, and another for the front-end platforms. The middle and back-end team focuses on risk, transactions, and data. The front-end team focuses on delighting customers, including developing the “Pocket Bank App” covering all retail customer needs. Over the last three years the results have been spectacular, with almost all typical indicators having at least doubled, including revenue, net profit, funds on deposit, loans, credit cards, and number of customers, while revenue per employee increased by 90 percent.[foot]Based on MIT CISR interviews with Ping An executives and internal documents. Used with permission.[/foot]

Core replacement (15 percent). The enterprise replaces back-end legacy transaction systems with a modern, flexible core platform, increasing reliability and efficiency while reducing complexity.[foot]Core replacement is a subset of migration only focused on the core back-end systems—but is so common we identified it as a separate strategy.[/foot] In 2013, Commonwealth Bank of Australia (CBA) completed its core replacement upgrade, enabling a significant business model shift from focusing on transaction processing to developing customer value. In 2012, CBA’s then-CEO Ian Narev explained that the strategy, “an approach which differentiates [CBA] from our competitors,” was “to re-engineer the entire core banking platform and we have spent five years and over [AUD]$1 billion investing behind that vision.”[foot]Brett Winterford, “CommBank declares core bank overhaul complete,” iTnews, October 30, 2012, https://www.itnews.com.au/news/commbank-declares-core-bank-overhaul-complete-321165.[/foot]

Today CBA is the number one bank in Australia on most metrics, including total assets and deposits.[foot]“Top 10 Banks in Australia 2019,” https://www.theaufinance.com/top-banks-in-australia.[/foot] But CBA has not finished replatforming. As current CEO Matt Comyn explained in a recent interview, “We want to build differentiated experiences relative to our competitors that are hard to replicate at a lower risk [or] lower cost.”[foot]Julian Bajkowski, “CBA vows 95 percent public cloud as it culls 25% of apps,” ITNews, February 12, 2020, https://www.itnews.com.au/news/cba-vows-95-percent-public-cloud-as-it-culls-25-percent-of-apps-537882.[/foot] At the same time, he added, “We've got about 3500 applications. We want to take that footprint down by 25 percent.” Data issues are at the heart of replatforming, and Comyn noted, “On data, if you look at any of the issues that we’ve had in regulatory and compliance… data quality and reconciliation and lineages [have] often been at the center of a number of those.”

The Best Replatforming Strategy for Your Goals

API layer is the best approach, but the most expensive. Enterprises following the API layer approach had the best growth and margins relative to their competitors, and also the best revenues from cross-selling, innovation, digital delivery, and monetizing data. But implementing API layers was the most expensive of the options, costing enterprises 19 percent more than their industry average on digital spend. The API layer approach requires a good-enough set of back-end legacy systems that are reliable and relatively cost effective and that meet compliance requirements.

Migration and core replacement are worthwhile options. Viable options for certain circumstances, both migration and core replacement approaches perform pretty well on revenues from cross-selling, innovation, digital delivery, and monetizing data, and they are significantly cheaper than the API layer approach. If your core systems regularly break causing outages, customer pain, and trouble with regulators, you may have to do core replacement. Core replacement feels like “heart and lung replacement surgery,” and has had highly variable outcomes, with many enterprises taking five to seven years and significant budget overruns to complete the process. In recent years, using modern technologies such as cloud-based core platforms is providing much better results—including faster implementation. Migration is an excellent strategy for enterprises like Ping An that have a clear vision of their future business model and have the discipline to move toward their future-ready architecture one capability at a time.

A Sequence of Three Replatforming Approaches at KPN

For many enterprises replatforming is a multi-step process. KPN, a leading provider of telecom services in the Netherlands, was in 2013 under significant financial strain. The enterprise needed to radically improve both its operational efficiency and its customer experience. From 2014 to 2018 KPN followed a three-step replatforming approach that included partial replacement, API layer, and core replacement.

Partial replacement: Early in 2014 KPN froze its back-end systems, decoupled the front-end—in the process realizing €140 million in cost savings by cutting 1,500 jobs it had outsourced to India—and executed partial replacement of its old front-end with new internal front-end platforms. KPN used part of the back-end cost savings to hire 150 new people for this front-end development. In mid-2014 KPN centralized all business process redesign, IT architecture, and IT development capabilities out of the business units. The enterprise created agile teams to shift the focus from products to the customer, started to scale down its legacy systems, and increased the use of open source and cloud-based solutions.

API layer: At the end of 2014 KPN developed a “digital engine” API layer that exposed the frozen back-end to one common front-end across all lines of business. KPN then focused on creating a great customer experience using this digital engine. In 2015 the enterprise continued to simplify its product line—eliminating 80 percent of the products and initiating a two-year product freeze—and harmonized processes to collapse business silos.

Core replacement: In 2016 KPN used the product freeze that was underway to industrialize the back-end via systems consolidation and a core replacement. KPN then leveraged the improved back-end to advance existing APIs for another wave of customer experience improvements. By Q1 2018, KPN’s digital transformation had saved over €570 million and had improved the Net Promoter Score of the enterprise by 20 points.[foot]Based on N. van der Meulen, P. Weill, and S. L. Woerner, “Digital Transformation at KPN: Navigating Organizational Disruption,” MIT Sloan CISR Working Paper No. 431, August 2018, https://cisr.mit.edu/publication/MIT_CISRwp431_PathwaysKPN_VanderMeulenWeillWoerner.[/foot]

The Importance of Leadership in Replatforming for Success

Replatforming is now a strategic issue for most enterprises as they transform. Replatforming is key to future success—so important that boards, executive teams, and technologists need a common language to discuss their plans and work together. How will you replatform to make your vision for the future a reality, and who’s going to lead the replatforming effort? We propose that an important next step is discussing the four approaches to replatforming with the executive committee, identifying the costs and risks and desired business outcomes for your enterprise. 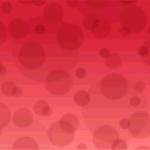 DBS: From the "World's Best Bank" to Building the Future-Ready Enterprise 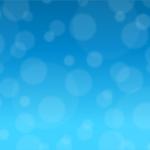 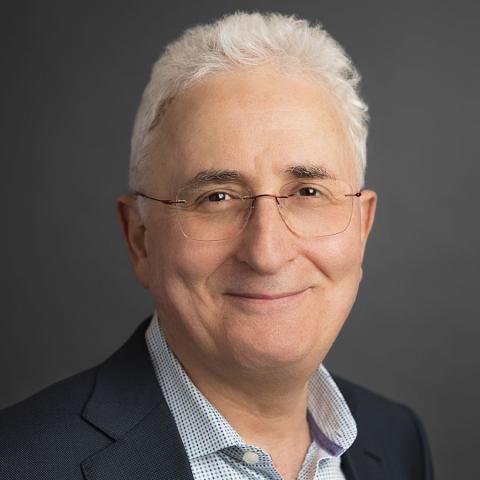 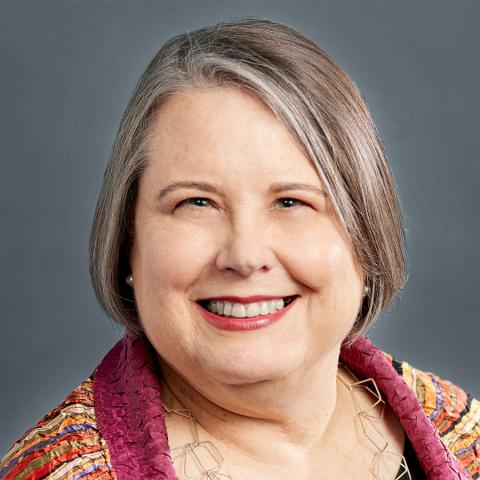 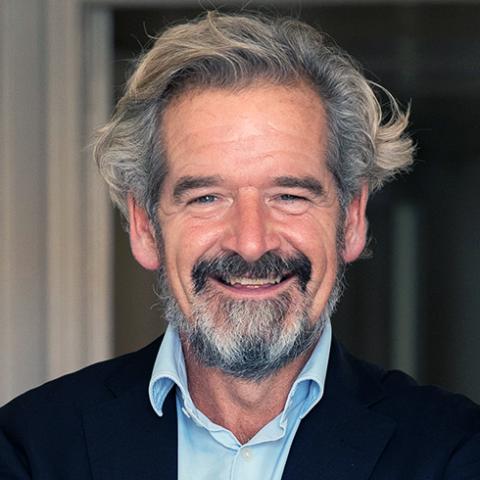